Skip to main content
It looks like you're using Internet Explorer 11 or older. This website works best with modern browsers such as the latest versions of Chrome, Firefox, Safari, and Edge. If you continue with this browser, you may see unexpected results.

This page comprises annotated links to online videos and documentary series related directly to the history curriculum, as well as tangential programs that provide social-historical and cultural background for specific topics. Links are arranged alphabetically by title.

The following media should be viewable in their entirety; if you find this is not the case, please email the reference librarian (link at right).

The Africans (Annenberg Media and the Corporation for Public Broadcasting)
Hosted by noted scholar Ali Mazrui, the nine one-hour videos in this series "examine major influences on this complex continent: indigenous heritage, Western culture, and the Islamic religion. This series explores in depth Africa's geography, history, anthropology, and religions." Click on the VOD icon to the right of each title to watch each episode in its entirety.

American Experience (PBS)
The official website of the award-winning documentary series by WGBH Boston, with over 200 full-length documentaries online, as well as supplementary material and companion websites.

A Biography of America (Annenberg Media and the Corporation for Public Broadcasting)
A 26-part, 13 hour survey of American history, from the initial encounter between European explorers through the late twentieth century. Click on the VOD icon to the right of each title to watch each episode in its entirety.

A Biography of America: Series homepage

Cathedral (PBS via Google Video)
"Using his award-winning book as an outline, author and architecture buff David Macaulay takes you on a tour of France's most notable churches and carefully illustrates how each was designed and constructed. With the aid of breathtaking camerawork filmed on location and detailed computer animation, you'll travel back to 1214 to explore the creation of [a fictional but representative] Gothic cathedral -- Notre Dame de Beaulieu."

Guns, Germs, and Steel (National Geographic via Google Video)
The 2005 documentary based on the Pulitzer Prize-winning book by Jared Diamond, split here into three parts. In the film, as in his book, Diamond seeks to explain why Western European nations have tended to thrive and why they have been able to conquer other peoples. The answer, he suggests, has everything to do with geography, climate, and culture, and nothing to do with genetics or intellect.

The Myth of American Exceptionalism by Howard Zinn (MIT World)
A 90-minute lecture by renowned American historian Howard Zinn. In the lecture, "Zinn offers numerous examples of how the American government has used 'divine ordination' and rationales of spreading civilization and freedom to justify its most dastardly actions."

The Myth of American Exceptionalism

Russia: Land of the Tsars (History Channel via YouTube)
A 200-minute history of Imperial Russia, beginning with the founding of the nation by Viking princes at the end of the Middle Ages and ending with the execution of the Romanovs and the Bolshevik Revolution in 1918. "Filmed on location throughout Russia, enriched by exclusive visits to important sites and museums, and filled with commentary from renowned scholars, this is a kaleidoscopic, captivating portrait of a land that has endured centuries of despair and rebellion, innovation and conflict." (NB: Subsequent parts of each episode can usually be found readily in the "Related Videos" column tright of the YouTube player; alternatively, viewers can access these parts by clicking on the links below.)

The Story of India (BBC/PBS via Google Video)
In this six-part series, host MIchael Wood travels to sites in contemporary India in order to discover and explicate over 10,000 years of history. Click on the series homepage link for more information about each episode, additional media, a timeline, and a subject bibliography.

The Western Tradition (Annenberg Media and the Corporation for Public Broadcasting)
Fifty-two half-hour episodes. "Covering the ancient world through the age of technology, this illustrated lecture by Eugen Weber presents a tapestry of political and social events woven with many strands -- religion, industry, agriculture, demography, government, economics, and art. A visual feast of over 2,700 images from the Metropolitan Museum of Art portrays key events that shaped the development of Western thought, culture, and tradition." Click on the VOD icon to the right of each title to watch each episode in its entirety.

When the Moors Ruled in Europe (Acorn Video via Google Video)
A two-part, 102-minute documentary presented by historian Bettany Hughes. Filmed on location in the Spanish region of Andalucia, and in particular the cities of Cordoba and Granada, the presentation takes up the 700-year reign of Muslims in Spain, which effectively ended after the Granada War in 1492.

When the Moors Ruled in Europe

The Worst Jobs in History (UK Channel 4 via YouTube)
In each 45-minute episode of this six-part series, Tony Robinson examines some of the worst jobs in major periods of British history, underscoring "how the events, institutions, emblems and economics that have made [contemporary Britain have] been brought about by an anonymous army of workers. Episodes cover Britain's urban, royal, industrial, maritime and rural history." (NB: Subsequent parts of each episode can usually be found readily in the "Related Videos" column tright of the YouTube player; alternatively, viewers can access these parts by clicking on the links below.) 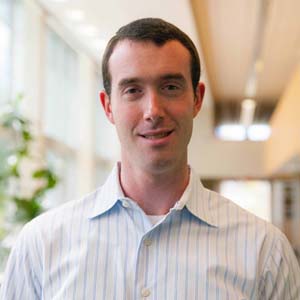